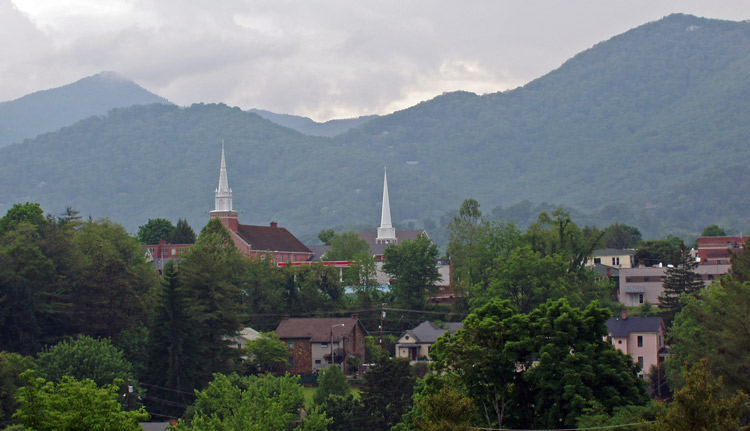 Waynesville is the unheralded gateway to the loftiest mountains in Eastern America. It is the major town nearest both Great Smoky Mountains National Park and the southern end of the Blue Ridge Parkway. The two highest summits east of the Mississippi River and the highest point on the Parkway are nearby.

Northwest European farmers settled here more than two centuries ago. Growth was assured in modern times with heavy manufacturing. Surprisingly, Waynesville only recently began to be discovered as a major vacation destination.

Today Waynesville is a key destination for world-class Smoky Mountain arts and crafts in a wealth of galleries and studios concentrated especially along the main street. Impressive public buildings and monuments, shops featuring mountain handicrafts and culinary treats, and down-home restaurants along tree-lined streets distinguish the heart of town. Distinctive lodgings ranging from rustic to elegant scattered around town on the way to the national parks and forests that assure Waynesville’s ultimate role as a year-round recreation and leisure destination amid eastern America's loftiest mountain realm.

Return to links to all 100 Great Towns